This review can be found on my Blog, TeacherofYA’s Tumblr, and my Goodreads page

Beautiful cover, is t it?

So I know I didn’t post a currently reading for this, so here’s the blurb:

VYNASHA HAS SPENT THE LAST FOUR YEARS TENDING HER MOTHER’S ROSES AND LOOKING AFTER HER NEPHEW. THE FIRE THAT KILLED THEIR FAMILY HAS LEFT HER SCARRED AND PUT WYLL ON THE BRINK OF DEATH. SOON THE FIRST FROST WILL COME DOWN FROM THE MOUNTAINS AND SHE KNOWS THIS WINTER WILL BE HIS LAST.

UNTIL A STRANGE BEGGAR APPEARS ON THE ROAD, TELLING HER OF THE MAJIKAL SOURCE THAT CAN HEAL HER WYLL. WITH NOTHING LEFT TO LOSE, VYNASHA BRAVES THE FORBIDDEN WYLDER MOUNTAINS TO SEEK OUT A CURE AND HER FATE.

A LOST KINGDOM IS UNCOVERED BY AN EQUALLY LOST GIRL, BUT THE CASTLE IS NOT ABANDONED AS SHE BELIEVES. SHADOWS CLOAKING UNSEEN EYES WATCH. TAPESTRIES WHISPER FROM THE HIDDEN CORNERS, WONDERING IF THE ONE TO BREAK THEIR CURSE HAS COME. AND A HUNGRY BEAST WAITS, READY TO DEVOUR HER SOUL.

So I thought, hey, that sounds good…and I love fairy tale retellings…
It was…hmmm….different.

I don’t even need to summarize, because the blurb explains it all. Vynasha cares for her nephew, Wyll, after they both were in a fire that killed her three sisters. The two of them badly burned, Will has taken the brunt and is very ill. Vynasha will do anything she can to help her nephew, and when a beggar tells her where to find the Source, a way to heal Wyll, she packs him up and heads to a forbidden area. Once she gets close, a mountain man warns her of the dangers to Wyll, and volunteers to watch him while Vynasha goes on searching. When she stumbles upon a castle, she becomes a prisoner of a princely beast who wants her hand in marriage.

It wasn’t at ALL what I expected, and though that can be good, I was lost throughout the whole thing. We meet the staff of the castle, and there are wild beasts roaming that can kill Vynasha…she keeps putting herself in danger after repeated warnings…she befriends the staff and learns that their fate rests in her hands. These are things I understood.

What I didn’t understand? Everything else. Silverwood has a talent for the pen, but she writes almost like an Old English prosewriter. The sentences are long and winding, and though it is written in active voice, it felt passive. It seemed like everything had happened already, and I kept falling asleep. It was a driving force inside me that kept me going, waiting to find out who the prince is, and what the curse is (something to do with a previous woman from a mirror world), and even after the end I have no idea what is going on. Yes, it ends on a major cliffhanger, and that means there is more to the story, but throw me a bone here.

Here’s an example of a passage picked at random so you can see what I mean about the writing structure:

The room was vast, greater than her family’s cottage before flames desecrated it, and it was dark. No candles illuminated its corners. Moonlight from the balcony graced the obsidian pillared corners, the four-poster bed, the smashed, overturned mirrors and many wooden chests that rested against the walls. Her eyes were drawn to the moon’s cast and as she approached the balcony, she started. The balcony was separated from the room by a wall of glass. Braced by silver metal, the clear panes opened to a snow-drenched world beyond.

Wind stirred and a single snowflake flew inside, gliding to the surface before her. One of the panes was open. As she approached the glass door, she took in the breadth of the balcony, stretching past the transparent wall. Mountains stood farther out and the howls that had haunted her dreams sang along with the winter storm.

Are you asleep yet?

That’s what the whole book sounds like. Tell me you don’t get lost reading something that sounds like that!

Yes, but that doesn’t mean I would use it. Not enough going on…maybe because I am so used to YA, this was a hard read for me. I don’t know…maybe it’s me?

Nothing in this book is inappropriate for younger readers, but I feel they too would be lost in the story. The extent of the action involves the beast roaring, and Vynasha running off. The only thing I felt was inappropriate? They kept calling Vynasha “wench.” I don’t know about your dictionary, but mine says a wench is a prostitute. What about yours?

★★★☆☆. According to my rating system on my home page, three stars means: “Readable book. Might forget it at some point, but I was able to read to the end, and it kept my interest. (Most books receive this as the lowest rating).” It DID keep my interest, but only because I WANTED TO KNOW WHAT WAS GOING ON.

So you see? I’ve broken my five star streak. It was inevitable. Would I pick up the next book? If it was free. Because I hate not knowing what’s going on in a book. It frustrates me.

Thanks again to Debra Presley for her 30 Day Indie Reading Challenge, and I am a big fan of Book Enthusiast Promotions. 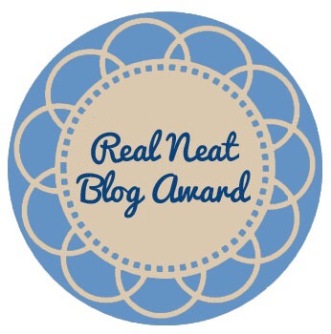 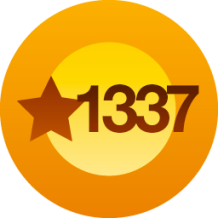